Go Back
Customer Experience
We Rise by Lifting Others
Tiffany Miller - 02.11.2020

Improving content moderation online has become increasingly important, as social media platforms have become such an important source of information for so many people globally. To give an example of the scale of how much new content is being created at present, just look at YouTube. The video-sharing site has 1.8 billion active monthly users, and users play over 1 billion hours of content every single day. In each 24-hour day, another 576,000 hours of new content is uploaded to the site.

Companies such as Google (owner of YouTube), Facebook, and Twitter encourage users to upload what is known as User Generated Content (UGC), but in some cases, users will upload content that should not be hosted by the site — for various reasons, such as:

Imagine if a team of content moderators watched every new video uploaded just to YouTube alone. If they only worked eight-hour shifts, then you would need a team of 72,000 people watching new content constantly — that’s not even including breaks or other time at work not watching videos. Now add in all the other major social networks and you can see the scale of the problem for improving content moderation.

Most networks apply a reporting system so users can report dubious content. This means that something illegal or offensive may go live on the site, but only for a short time. Once a complaint is reported, the content will be taken offline and scheduled for moderation.

This could be a manual process — literally creating a stack of content that needs to be checked by a moderator — or an artificial intelligence (AI) system can be deployed. In most cases, where the company uses an AI, it will scan the video at the time of upload and immediately block or report the video before a human moderator even checks it.

This is increasingly becoming the only way that platforms supporting UGC can keep their users safe from offensive or illegal content. The combination of AI checks with user complaints ensures that most dubious content never gets published, and when it does slip through the net, it can be removed quickly because the content moderation team can focus only on content that has managed to pass the AI test.

AI is not perfect in this regard. Parodies, irony, and medical content are all hard to detect — computers don’t tell jokes — however, the AI is now good enough to detect and block most offensive content before it is published and causes complaints.

For more information on improving content moderation and how AI can be used to make moderation more effective, please leave a comment here or message me directly via my LinkedIn.

D2C is evolving to offer lifestyle choices, not just recurring services such as access to Netflix. If I can sign up for a service that helps to support me in so many different ways - and introduces me to others using the same service - then that’s an attractive subscription offer. Companies can only innovate when leaders are prepared to try new paths and ideas. If the team is penalized for trying anything unusual then you will never create innovation. Customers love these live experiences. It helps them to connect to brands and when they get a chance to interact with people they admire - like celebrity chefs broadcasting a live demonstration from the kitchen - they are very responsive. These experiences can feel so intimate because they are live, it’s almost like being there in person. 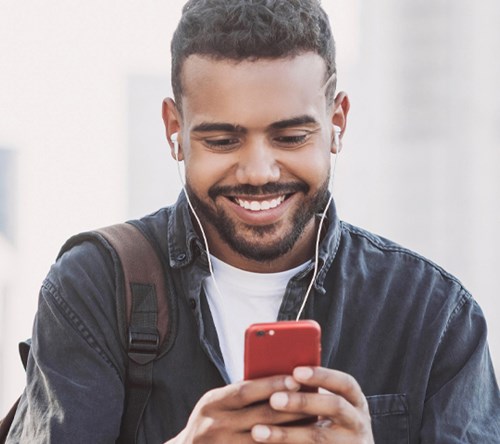